Battle Of Midway: The True Story

Battle Of Midway: The True Story 1 x 60'
It was the battle that change the face of warfare… and made victory in the Pacific possible. Only 6 months after Pearl Harbor, the Japanese Navy attacks the last remaining forces of the US Navy near a tiny island called Midway. The Battle of Midway was one of the largest naval engagements of WWII. It was the first battle in which the ships were literally too far apart to see each other – and where control of the air determined control of the sea. BATTLE OF MIDWAY: THE TRUE STORY tells this story through archival footage, interviews with historians and experts, and demonstrations of the aircraft and weapons.

With the big budget feature film “Midway” due in theaters in November, Smithsonian Channel tells the true story of this vital turning point of WWII. The Battle of Midway will determine the future of WWII – and the future of naval warfare. Instead of massive dreadnoughts pounding each other with artillery, the Battle of Midway proves that warfare will now take place in the skies. By the end of the battle, the Japanese navy is in tatters… and America begins its long struggle to victory in the Pacific.

BATTLE OF MIDWAY: THE TRUE STORY dissects the classic aircrafts of the battle and are explored and compared by experts, while specific combat missions are detailed step by step through archive footage. it’s a high-octane tale of warbirds in a fight for the future of the Pacific. 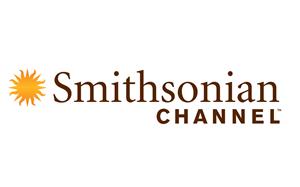 Journey Into Unknown: Bradford And The Pilgrim Fathers

Dazzle: The Hidden Story Of Camouflage

Please enter your email below and we will send you all the programmes details.