news
Keep up to date with all you need to know from the Off the Fence, the latest news, plus interviews and Insights from the world of TV and film 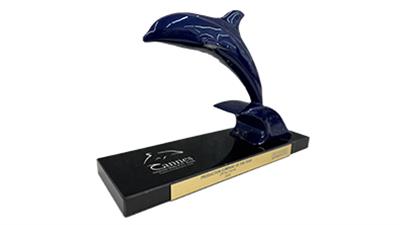 A big pat on the back and a round of applause to OTF Productions for winning a whole host of awards...

A big pat on the back and a round of applause to OTF Productions for winning a whole host of awards at Cannes Corporate Media & TV Awards 2022, including Best Production Company of the Year!

See below for all the OTF winners!

Lots to celebrate and more to look forward to at OTF! 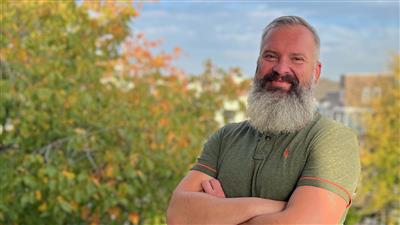 Off The Fence (OTF) has announced a new collaboration with RAPA, the association that represents and...

Off The Fence (OTF) has announced a new collaboration with RAPA, the association that represents and promotes the interests of the Korean broadcasting industry.

Under the deal, OTF will be granted access to RAPA’s wide-ranging catalogue of factual programming with the aim of reversioning, repackaging and/or developing it for international sale. In turn, RAPA will promote OTF to Korean filmmakers as a potential co-production partner for factual projects. Furthermore, both partners will work to stimulate Korea’s emerging factual production sector, sharing resources, expertise and networks to help develop, produce and distribute fresh and original content for global audiences.

RAPA’s role is to serve as a bridge between Korea’s broadcasting industry and the government, supporting and strengthening the industry’s competitiveness, while fostering a safe and dynamic environment for the production and distribution of Korean content. Now entering its third decade, RAPA has around 140 members drawn from across the media spectrum, from broadcasters and communication businesses to telecoms players, equipment manufacturers, and research and educational institutes.

Bo Stehmeir, CEO of Off The Fence said: “This pact gives OTF access to an untapped world of storytelling. It’s no secret that Korea is a content powerhouse, known around the world for its border-breaking dramas, and weird but wonderful formats. But the mighty hallyu, or Korean Wave, isn’t just about entertainment. In recent years, the country’s independent production community has been intensifying its focus on factual programming — and the results are stunning. We’ve been blown away by the quality and creativity of RAPA’s catalogue, and we reckon the international market will be equally impressed. We can’t wait to work with RAPA to amplify the voice of Korea’s brilliant factual producers and to help our Korean friends to build a robust and sustainable market for their creative output.”

Ki Hoon Gwak, Next-Generation Media Promotion Division Director of RAPA said, “We expect this collaboration to serve as an opportunity to introduce Korea’s excellent UHD content to the global market.” “Besides the drama genre that has been in the limelight recently, Korea boasts of numerous first-rate documentary producers and content. We’ll give our full support to ensure that diverse Korean content break into the global market through collaboration with OTF,” he added. 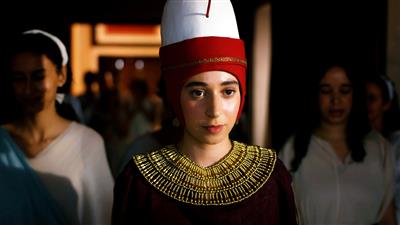 Off The Fence (OTF) has announced a string of pre-sales for its new slate of high-end history...

Off The Fence (OTF) has announced a string of pre-sales for its new slate of high-end history series, which ranges from OTF Studios to programming acquired from some of the most respected producers of historical documentary. The four new titles, which tackle subjects as diverse as Egypt’s forgotten queens, the Mongol Empire and the 20th century’s greatest military masterminds, bolster OTF’s Yesterday content pillar, which focuses on premium historical programming.

Headlining the slate is Queens of Ancient Egypt (3 x 60 mins), produced by Tile Films for Curiosity Stream and OTF Studios has already been pre-sold to ARTE, Movistar Plus+, Viasat World, and SVT with more major sales expected before its delivery at the end of the year. Drawing on fascinating new discoveries and cutting-edge research, this documentary series tells the stories of three largely forgotten but incredible Egyptian queens, who became standard-bearers for their gender long before the modern era.

Also, due to deliver at the end of the year is Lion Television’s Mongols: The Secret History (3 x 60 mins and 1 x 90 mins), commissioned by Smithsonian Channel and ARTE. The series, which has been pre-sold to Viasat World and AMC Networks International Southern Europe tells the story of Genghis Khan’s Mongol dynasty through CGI reconstructions and rich cinematic quality dramatisations. Each episode combines epic storylines and the latest archaeological and historical revelations with the magnificent landscapes of modern Mongolia, to deliver not only an immersive and innovative TV experience, but a fresh insight into an extraordinary and little-known people.

More history series come in the form of CIC Media’s Military Masterminds (4 x 60 mins) which has been picked up by Now TV in Hong Kong. Commissioned and executive produced by OTF, the series focuses on the most successful generals of the 20th century, which hold the dubious honour of being the bloodiest in history. Each of the four episodes explores a different military tactic — rapid dominance, combat power, deception and guerrilla warfare — through the lens of four military masterminds who used these strategies to deliver victory.

The second OTF Studios commission for CIC Media is History’s Ultimate Influencers (4 x 60 mins), which chronicles the great leaders — spiritual, cultural, political, scientific, and sporting — such as Nelson Mandela and Marilyn Monroe, who changed hearts, minds, and the collective consciousness long before social media reinvented the meaning of ‘influencer’. The brand-new series, which is due to be delivered later this year, unpacks the lives and achievements of these masters of communication, and the brilliant strategies they employed to influence the course of history.

Loren Baxter, OTF’s Head of Acquisitions, said: “History content has changed out of all recognition in recent years. Gone are dry, fact-laden documentaries: today’s history docs — as exemplified by these latest additions to OTF’s Yesterday portfolio — are story-driven and visually stunning, with dynamic re-enactments, not too far removed from a scripted drama, with expert insights not only making sense of the past but bringing it vividly back to life.” 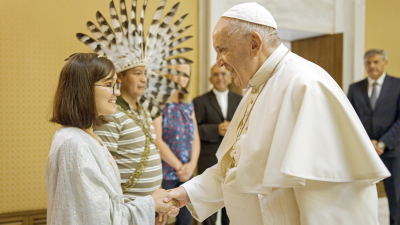 4 Oct 2022
OTF Announces Premiere of The Letter: A Message for Our Earth

Off the Fence (OTF) has announced details of the official release of its feature-length premium documentary The Letter: A Message For Our Earth (1 x 90 mins), produced by the Academy Award-winning creative team behind My Octopus Teacher.

The Letter is inspired by Pope Francis’ encyclical, or letter, in which he calls for the people of the world to take “swift and unified global action” against global warming. With extraordinary access to Pope Francis — who is credited with doing more to fight the climate emergency than any other leader on the planet — the cinematic 90-minute film tells the stories of people from around the globe whose everyday lives have already been profoundly impacted by global warming.

The documentary will premiere on YouTube on October 4th, with a premiere event and screening also taking place at the Vatican the same day. The attendees at the Vatican will include an audience of ambassadors, leading figures in the climate debate and civil society, and representatives of the four main contributors to the film: Arouna Kande from Senegal; Chief Dada from the Brazilian Amazon; US conservationists Greg Asner and Robin Martin and thirteen-year-old climate activist Ridhima Pandey. Each contributor has been chosen to represent a voice, indigenous, poor, youth and wildlife.

The ambassadors will be drawn from countries that have historically been responsible for the climate emergency, along with those nations that are most vulnerable to it, presenting an opportunity for actors with vastly different experiences and perspectives to come together under the aegis of a global institution. On a grassroots level, thousands of private screenings will take place across six continents over the coming months.

Produced in full collaboration with the Laudato Si’ Movement and the Vatican, The Letter is written and directed by Nicolas Brown (H2O: The Molecule That Made Us; The Sergengti Rules; Human Planet), produced by Ellen Windemuth (My Octopus Teacher;) and executive produced by Off The Fence’s CEO Bo Stehmeier.

Bo Stehmeier said: “putting today’s greatest challenges at the centre of the story, is at the core of what we as an organisation try to do – to continuously inform, explain and evaluate – and in order to do this we like to collaborate with as many voices as possible.  The Letter is a powerful reminder of our responsibility as human beings, regardless of race, creed or colour, to come together in solidarity for the greater good of one another and the preservation of our planet.’

"The Letter raises up the voices of activists, conservationists, refugees and young people and centres their perspectives in the climate debate. It's an important discussion that we hope will help to galvanise not only discussion but action to tackle the difficult challenge we face together," said Dr. Garth Graham, Head of Health, Sustainability and Social Impact Partnerships at YouTube.

“We are honored to partner with the Laudato Si’ Movement, The Vatican, and Off The Fence to share these important stories with the world,” said Laurel Stier, Global Head of Unscripted Content, YouTube. “The Letter showcases deeply personal lived experiences, highlighting the direct impact climate change has on our global community and how we can come together to save our collective home.”